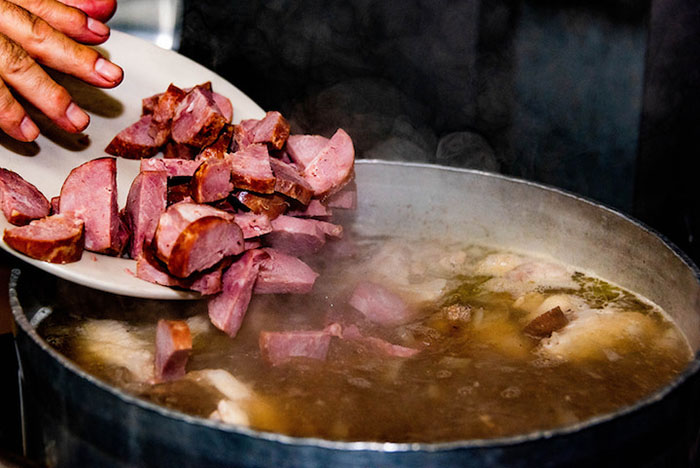 Commonly confused with one another, Cajun and Creole are both beloved cultures in the region with distinct differences.

Louisiana’s River Parishes are full of rich history involving numerous ethnicities immigrating into the area throughout time. Native Americans left their mark first before the area was colonized by France and then Spain before becoming a part of the U.S. Aside from Native American, French, and Spanish influences, the area was also influenced by Acadians, enslaved people brought over from Africa, and German settlers, among others. It’s not surprising then, that many people today use the terms “Cajun” and “Creole” interchangeably and don’t know the differences between the two.

The term “Cajun” comes from the Acadians, the French-speaking colonists who settled the Canadian provinces of Nova Scotia and New Brunswick before they were exiled and immigrated to Louisiana in the late 1700s. Here, they became known as Cajuns, bringing with them a specific style of cooking. Cajun food is based from country-French cooking and involves local ingredients sourced from the land. Dishes like jambalaya and boudin are both Cajun, and Cajun cuisine usually involves the “holy trinity” of onions, celery, and bell pepper. The plentiful swamps, marshlands, brackish water, and estuaries in the area provide an array of foods such as crawfish, catfish, alligators, frogs, birds, shrimp, oysters, and other foods that are easily collected and cooked, while fertile soil creates fresh produce to go along with it all. You can find a variety of fresh produce at the German Coast Farmer’s Market.

“Creole” is a bit harder to define, but simply put, Creole people are those who were born in French colonial Louisiana (the area of New Orleans) and have French or Spanish ancestry. Creole people are also those who descended from African and Caribbean heritages. Creole food contains European, African, Native American, German, and Caribbean influences, but the French influence is the strongest here. Like Cajun food, Creole food also includes the holy trinity and local-caught ingredients, but one of the main differences between the two types of cuisine is that Creole food usually includes tomatoes and tomato-based sauces, where Cajun food doesn’t. Creole food is usually a bit more sophisticated than Cajun food, as dishes can contain more complex sauces and more ingredients.

For a taste of the region’s famous Cajun and Creole cuisine, check out Nobile’s Restaurant and Bar in Lutcher. Their butter beans and shrimp with fried, thin-cut fish can only be found here, and their seafood gumbo will have you coming back for more. The Seafood Pot in New Sarpy is a great place to grab boiled crawfish or a fried oyster or shrimp po’boy, while Wayne Jacob’s Smokehouse offers up delicious and snappy andouille and smoked sausages of the month. Don’t leave before checking out Spuddy’s Cajun Foods, where Spuddy himself leads Cajun cooking classes and serves up a mean chicken and sausage gumbo. In St. Rose, Farm Truck Tavern serves classic Cajun and Creole dishes with modern twists, while Creole House in New Orleans cranks out Creole standards like crawfish etouffée and jambalaya pasta. If you’re visiting plantations, be sure to stop at Oak Alley Plantation’s restaurant for a crawfish omelet at breakfast and Ormond Plantation’s restaurant for Creole crab cakes and numerous seafood specialties.